A hundred years ago you would put the film roll in your camera and you would manually roll it while looking at the number in the red window on the back of the camera. Then you would wait for the perfect sunlight and finally click. Maybe very good photographs from those times still exists. Around the year 1930, with the big revolution of the Leica and the 35mm film, everything was made easy. Cameras were lighter, faster and the film more vivid. Photography was still a privilege for a few enthusiasts but behind the camera eye there was always a person that would have to consider the worth and appeal of the subject and then decide the distance, the light, the framing.

Today we have moved to the digital, a great invention in science and technology, a real miracle for photography! In half an inch there are thousands of photographs. No need to worry about anything, the camera will do it for you.

This is the globalization of photography, everybody can take photographs of everything. Every day millions of photographs but behind the lens there is only a nervous hand that just clicks all the time.

What will happen in the future with this approach to photography?

For us from the old school, little does it matter as we only think about the last and final image that nobody ever saw or described.

1916 Takes the first photographs with a Pocket Kodak 4×6 cm, a present from his father.

1929 Graduates in Chemistry at the Turin University.

1930 Joins the army as an Artillery Officer.

1933 Leaves Turin and settles down in the region of Maremma, Tuscany in the San Donato countryside. He is one of the directors of the Società Aziende Agricole Maremmane and he works on the reclamation of swamp areas and on the building of the Poggio Perotto dam.

1936 Takes part in a number of Photo exhibitions in Europe and in the United States. His photographs are published in the The American Annual of Photography, Boston, American Publishing Company, 1936, 1938 and 1939.

1938 Shoots a 16mm documentary on the swamp reclamation works and exhibits his photographs at Club Alpino Italiano, Torino.

1939 Marries Pupa Barabesi and they have a daughter.

1948 Moves with his family to Paarl, South Africa, close to Cape Town where he acquires a farm. He plants 20,000 olive trees and imports an original olive oil press from Italy. He continues taking photographs of places and people he meets during his work or on his travels.

1975 Moves back to Maremma and settles with his wife in Poggio Cavallino close to the city of Grosseto where he continues growing olive trees.

1993 Exhibits a selection of his photographs at Fattoria Lattaia, Grosseto.

1998 Organizes an exhibition in Cape Town with a series of photographs on the District Six settlements.

2001 Takes part in the exhibition “L’invenzione della Maremma” organized by the Municipality of Grosseto.

2005 The exhibition “Arts in Maremma at the beginning of the century” displays his photographs and his documentary on land reclamations. The event is curated by Enrico Crispolti, Anna Mazzanti, Luca Quattrocchi, Giovanna Ginex.

2006 The same documentary is added to the Maremma digital media archive in a dvd format curated by cinema historian Leonardo Moggi and director Francesco Falaschi.

2010 The national newspaper “Corriere della Sera” publishes the article 15.000 pictures in a drawer for its “Io Donna” supplement. Felice Andreis photographic archive is considered of national interest by the Ministry of Cultural Heritage.

2012 The Cultural Association Felice Andreis is established with the aim of protecting and promoting his archive. The book “Un uomo che guarda, Felice Andreis, photographs from 1926 to 1952” curated by Carlo Bonazza is published by Photoedizioni, Grosseto. “The book is presented in Rome by Marco Delogu, Carmine Sorrentino and Pepita Andreis and in Grosseto at the Natural History Museum of Maremma at the presence of the author.

2013 Photographic exhibition at Palazzo Isimbardi and catalogue presentation by Roberta Valtorta, Director of the Museum of Contemporary Photography. Photopgraphic Exhibition at the Accademia dei Georgofili, Florence and exhibitor at MIA Fair, Superstudio Milan.

2014 Exhibitions at the Bastiani Grand Hotel, Grosseto and at the Meliga Art Gallery, Turin.

2015 Felice Andreis dies on 7th March at his house in Poggio Cavallino, shortly before his 108th birthday and three months after his wife Pupa Barabesi’s death.

2016 Solo exhibition at the This is Art Gallery, London. 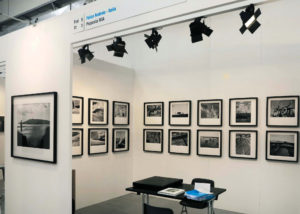 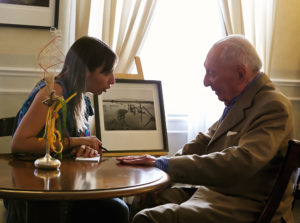 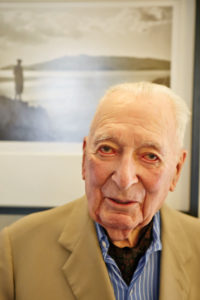 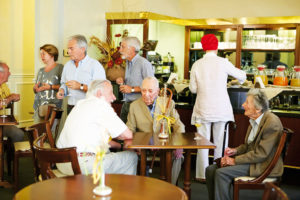 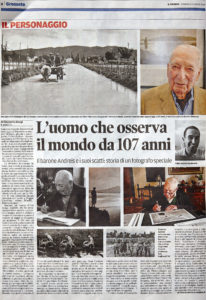 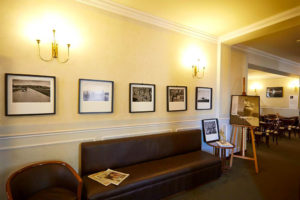 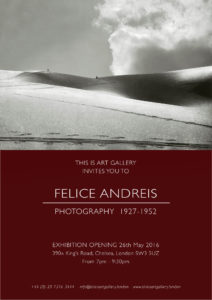 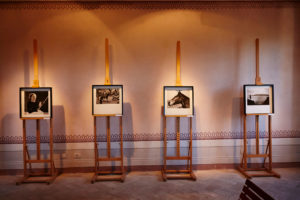 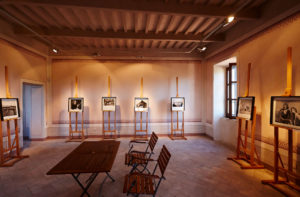 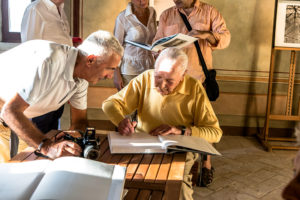 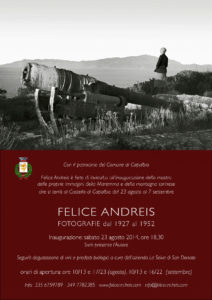 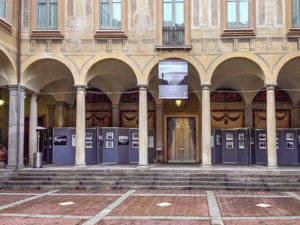 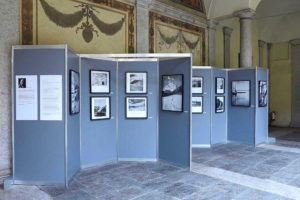 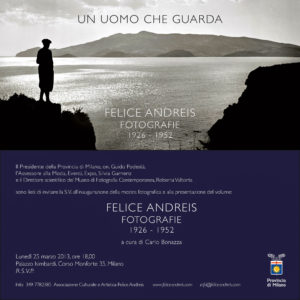 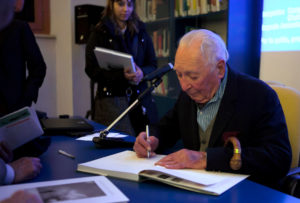 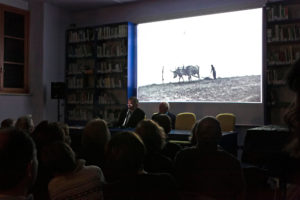 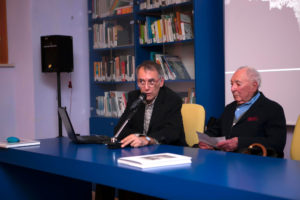 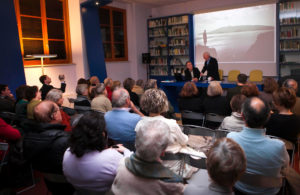 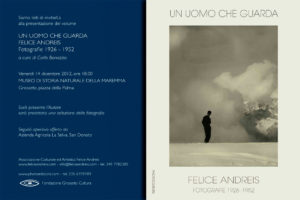 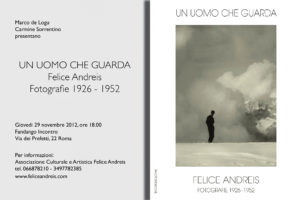