Personally shot with a 16mm Kodak movie camera (“just for fun” as the Author used to say) it became an official Istituto Luce short film. Some emphatic captions were added in line with the propaganda intent of the time, thus changing the original straightforwardness of the work. You will see people working on the fields of the San Donato farm as well as the construction of the great dam that allowed the irrigation of Poggio Perotto. This work is above all an intense and tender look at the land of Maremma during those years. You can imagine the epic work that the man had to do to reclaiming marshes and transforming them into agricultural land. There are fields and herds, local cows (Maremmane) with their long horns while dragging carts across the mud, hand made cheese levelling the piping hot paste. The film also shows the first mechanizations in agriculture with steam engines pulling big balance ploughs, multitudes of men digging the ground, even a train puffing into the station. As usual Andreis’ eye is a testimony of his times; someone compared this with Dziga Vertov’s heroic vision of work, but the little man with a bouncing step between his two donkeys looks more like a Maremma version of Charlie Chaplin. 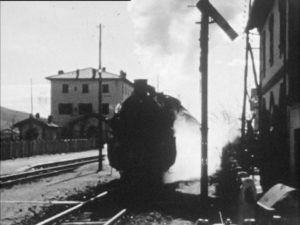 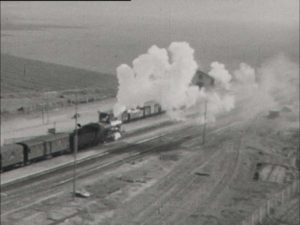 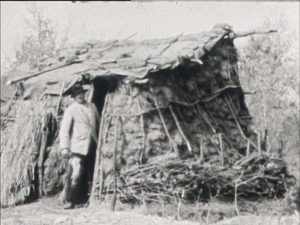 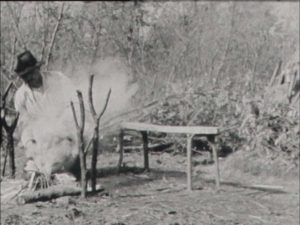 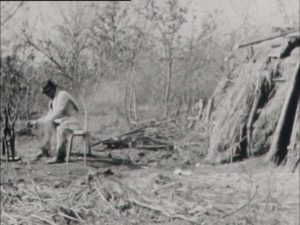 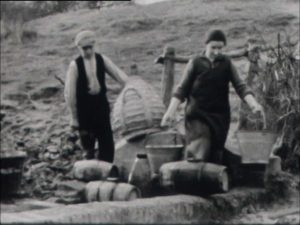 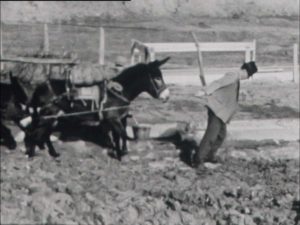 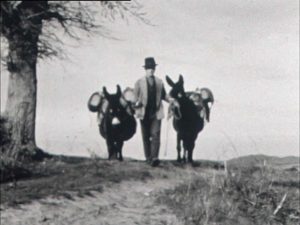 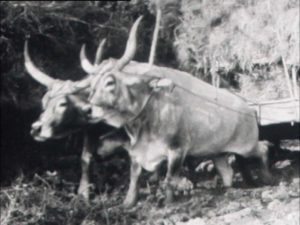 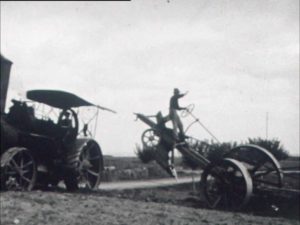 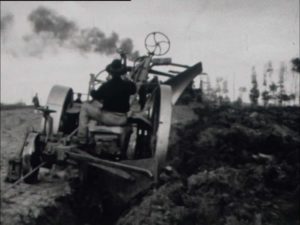 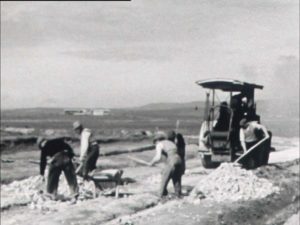 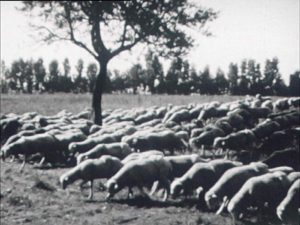 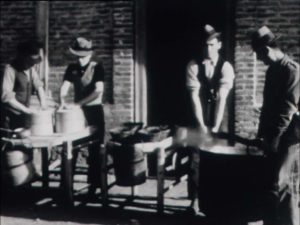 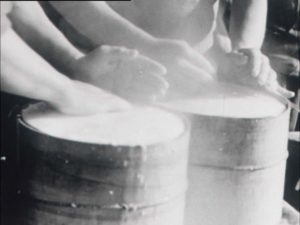 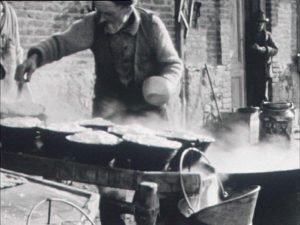 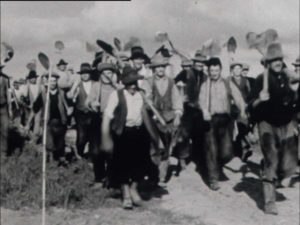 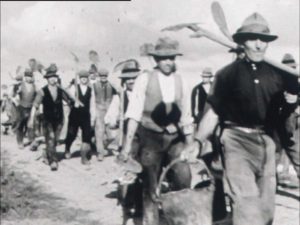